Posted on June 1, 2012 by alarrabcontracting 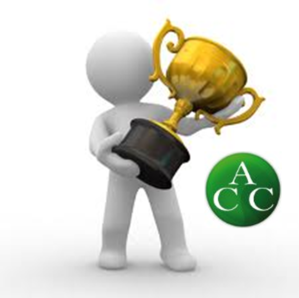 A few hit the next level. Some employees are remarkable, possessing qualities that may not appear on performance appraisals but nonetheless make a major impact on performance.

1. They ignore job descriptions. The smaller the company, the more important it is that employees can think on their feet, adapt quickly to shifting priorities, and do whatever it takes, regardless of role or position, to get things done.

When a key customer’s project is in jeopardy, remarkable employees know without being told there’s a problem and jump in without being asked—even if it’s not their job.

2. They’re eccentric… The best employees are often a little different: quirky, sometimes irreverent, even delighted to be unusual. They seem slightly odd, but in a really good way. Unusual personalities shake things up, make work more fun, and transform a plain-vanilla group into a team with flair and flavor.

People who aren’t afraid to be different naturally stretch boundaries and challenge the status quo, and they often come up with the best ideas.

3. But they know when to dial it back. An unusual personality is a lot of fun… until it isn’t. When a major challenge pops up or a situation gets stressful, the best employees stop expressing their individuality and fit seamlessly into the team.

4. They publicly praise… Praise from a boss feels good. Praise from a peer feels awesome, especially when you look up to that person.

Remarkable employees recognize the contributions of others, especially in group settings where the impact of their words is even greater.

5. And they privately complain. We all want employees to bring issues forward, but some problems are better handled in private. Great employees often get more latitude to bring up controversial subjects in a group setting because their performance allows greater freedom.

Remarkable employees come to you before or after a meeting to discuss a sensitive issue, knowing that bringing it up in a group setting could set off a firestorm.

An employee once asked me a question about potential layoffs. After the meeting I said to him, “Why did you ask about that? You already know what’s going on.” He said, “I do, but a lot of other people don’t, and they’re afraid to ask. I thought it would help if they heard the answer from you.”

Remarkable employees have an innate feel for the issues and concerns of those around them, and step up to ask questions or raise important issues when others hesitate.

7. They like to prove others wrong. Self-motivation often springs from a desire to show that doubters are wrong. The kid without a college degree or the woman who was told she didn’t have leadership potential often possess a burning desire to prove other people wrong.

Education, intelligence, talent, and skill are important, but drive is critical. Remarkable employees are driven by something deeper and more personal than just the desire to do a good job.

8. They’re always fiddling. Some people are rarely satisfied (I mean that in a good way) and are constantly tinkering with something: Reworking a timeline, adjusting a process, tweaking a workflow.