Experienced Plus Innovative Equals True Meeting of the Minds

Posted on August 29, 2013 by alarrabcontracting 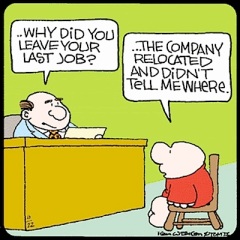 Many are dismayed by hearing the news that older people in their mid-30’s are no longer desired in the workplace. For one, the definition of older citizen used to be those in their 60’s but somehow the number shrank. Secondly, why would an employer dismiss the valuable expertise including hard lessons previously learned?

It’s no secret that the younger generation grew up with technology that is now second nature to them when it comes to their dealing with the world and in particular, their career. This phenomenon also encourages further technological innovation and advancement. The older generations are left out of the equation. They are simply pushed out of the way for the young to move ahead.

However, there is a huge drawback in believing that the older generations are no longer needed and have nothing of value to contribute. Nothing could be further from the truth. We only have about 11 years to reconsider to learn valuable lessons. When past lessons are ignored, the same errors tend to be made over and over.

Eleven years ago we were in the throws of the dotcom revelation. The executive offices were filled with people in their 20’s and those barely 30. Their lack of interest in those who went before them, or desire to learn from them, turned the business world into a chaotic dotcom bust. About 7 years later, greed plus lack of input from elders turned into a chaotic and economic crisis not seen since the Great Depression. It was, and partially still is, a worldwide mess.

It’s time for a true meeting of the minds to take place between the young innovators and the seasoned business professionals. A true negotiation involves a meeting in the middle. Opportunity exists everywhere you are willing to seek it out. In this case, those more experienced may advise on errors previously made and how to avoid them in the future. This first hand insight would undoubtedly help the current business community advance more quickly. Older people may seem slower to the young, but at times thoughtful purpose is a requirement to avoid poor judgment once again.

When an organization includes all age groups and allows for open dialogue, improved perspective and a broader spectrum of ideas come about. A true leader encourages open communication. Imagine the image a company would develop by encouraging all age groups to apply for employment.

The wealth of knowledge that would come knocking on the door would be tremendous and newsworthy too. Encouraging dialogue among all employees within the organization would be highly unique, sought after by many, and the CEO’s personal brand would be second to none. In the end, the company’s reward would be moving business along faster and further than otherwise ever thought possible.

Openness to finding the meeting of the minds between the young innovative geniuses and the older and wiser generations will put companies on the wave of the Smooth Sale!

This entry was posted in Living in KSA and tagged acc, age, employees, jobs. Bookmark the permalink.